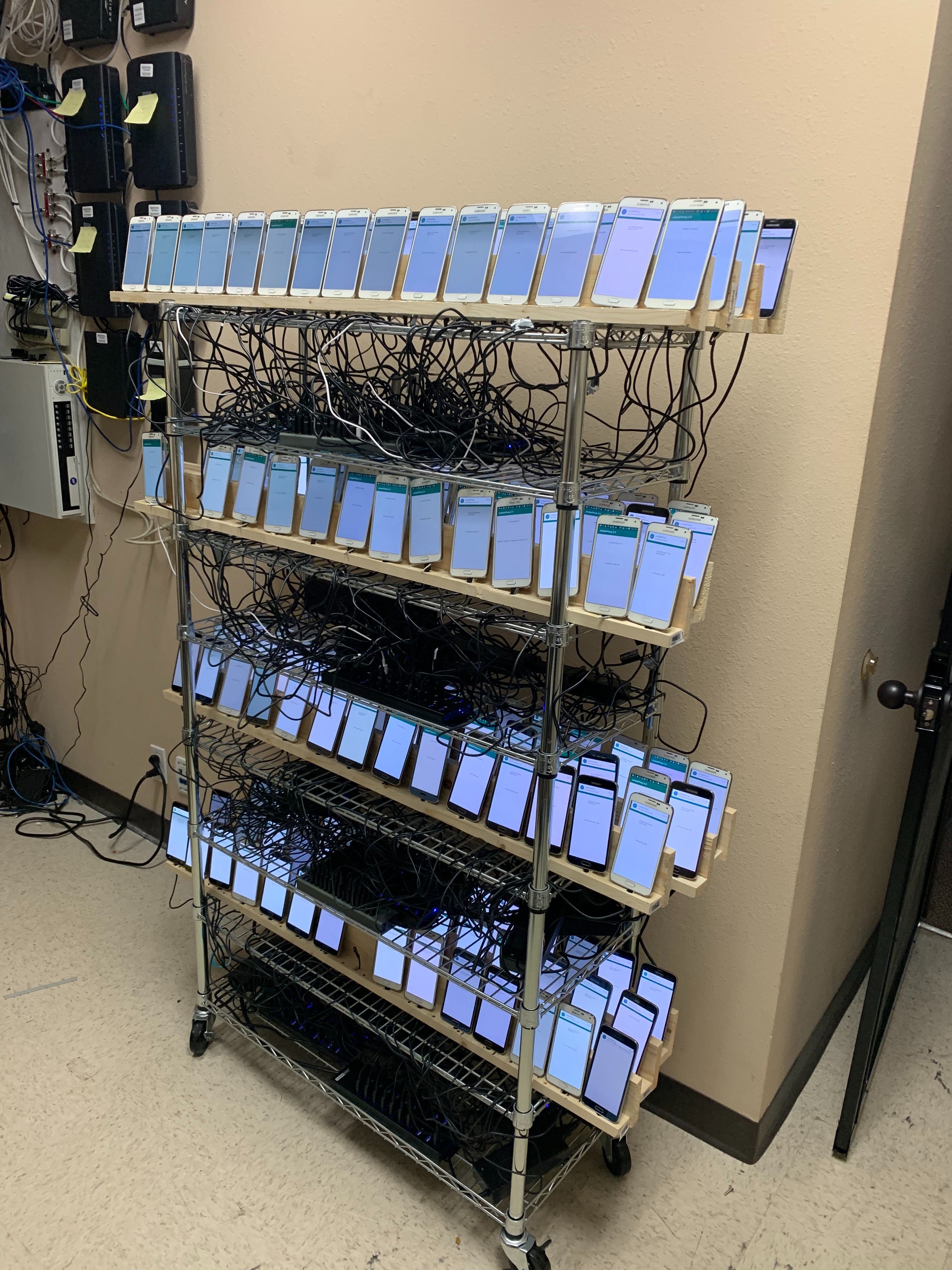 I built a large-scale Android automation system for an internal project at Jumper Media, as part of a prototype involving automatic Android UI scripting and consumer-IP proxying. This consisted of a number of physical Android phones, controlled via automated UI scripting managed with a centralized cloud system, and a network-layer automatic routing proxy for other systems to send traffic through.